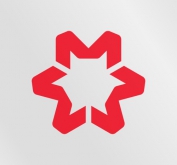 Due to a terrorist act on December 23, a railway bridge over the Kalchik River was blown up near the 1,260 km distance marker, which was both an important avenue for the supply of raw materials to the plants and a key delivery route for finished products to port. Ilyich Iron & Steel Works of Mariupol and Azovstal had to reduce production volumes in their main shops.

The situation with Azovstal's coke and chemical production process was also difficult. Raw coal stocks in the plant's warehouses equalled five days of operation. In order to avoid a stoppage of the coke and chemical production process, coal is being delivered via large trucks and by sea to Azovstal's port directly. Ilyich Iron & Steel Works of Mariupol also faced difficulties with iron ore concentrate and sinter ore supplies. Both metallurgical plants are working to renew uninterrupted deliveries of finished products. Warehouses of slabs and merchant rolled products can be fully used up within a week, leading to the risk of a full interruption in production.

To restore deliveries to the metallurgical plant, about 20% of the raw material flow was directed from Mariupol Merchant Sea Port to Azovstal's port. The production process at both enterprises is currently supported by using the residual stock of raw materials from the warehouses.

Finished products to be exported from Mariupol Merchant Sea Port are being redirected to Black Sea ports; trucks were partially used to deliver the metal to the port. Due to lack of its own transport means, the enterprises are leasing large trucks from third-party carriers. The measures only resolved part of the issues caused by the terrorist act. In addition to their colleagues at the Mariupol enterprises, Metinvest's specialists are continuing to look for alternatives for shipping steel products.

The restoration of the railway connection to the Mariupol Merchant Sea Port remains the most convenient method for delivering raw materials and shipping finished products, but it is impossible to resolve the logistics issues without the railway.

"We are working in extreme conditions today, but maintaining production. We need to reorient the flow of coke, coal, iron ore and finished products to alternative routes in the shortest possible time. However, it will be difficult for us to work without restoring the railway connection to the port. That is why we are trying to speed up restoration work. Cranes have been working to dismantle the wreck of the bridge since Tuesday. A project to erect a new bridge structure is in progress in parallel. It is difficult to talk about timing because of the amount of destruction, but we understand now that this work will take at least one month. In these circumstances, we will have to switch to deliveries by truck again, which we stopped doing in 2013 to preserve the city's streets. We hope for the understanding of residents and a quick restoration of the railway."

"We are indignant about the attack against our employees. One of our colleagues, an employee of Azovstal, died in the armed assault. He gave his life to prevent one more bridge from being blow up. It is clear that the terrorists, which cannot be called by any other name, planned to strike at the heart of the city's economy. The attack on the steel workers is an attack on all Mariupol residents. Sabotage and the military action in Donetsk and Luhansk regions has put the entire metals and mining sector of Ukraine on the edge of survival. Every day, we are facing the threat of interruptions in railway connections, electricity supplies, and coke production. If this happens, not just the individual enterprises will be harmed, entire cities will suffer. We will do everything possible to ride out these conditions and we thank our colleagues – energy sector employees, railway staff, port staff, transport specialists, builders and maintenance personnel for their prompt assistance.”

PJSC "ILYICH IRON AND STEEL WORKS OF MARIUPOL" is one of the largest integrated enterprises in Ukraine. The enterprise produces pipes and flat rolled products of carbon, low-alloy and alloy steels for different applications: hot-rolled plates and sheets intended for manufacturing of pipes for main pipelines, ships, pressure vessels, bridge structures, other steel structures for critical application; hot-rolled plates, sheets and strips including pickled; cold-rolled, including galvanized bands, sheets and strips, including for cold stamping, flooring and others.

METINVEST is a vertically integrated mining and metallurgical group of companies that manages assets in each segment of production chain, from extraction of iron ore raw materials and coal, as well as coke production up to manufacture of steel semi-finished and finished products, pipes and coils and also manufacture of other high-value-added products. The Group incorporates mining and metallurgical enterprises located in Ukraine, Europe and USA and has sales network covering all global key markets. Metinvest Group incorporates Metallurgical and Mining Divisions. According to the strategic vision of Group it is aimed to become the leading European vertically integrated steel manufacturer with sustained growth and profitability, despite the cyclical nature of markets, and provide investment yield above the industry standards. For the first three months of 2014 ended March 31, 2014, the Group received a US $ 2.9 billion in revenue, EBITDA profitability was 30%.

The key shareholders of METINVEST B.V. (Holding Company of Metinvest Group) are SCM Group (71.24%) and SMART Group (23.76%) that take part in the Group administration on a partnership basis.

"METINVEST HOLDING" LLC is the managing company of Metinvest Group.