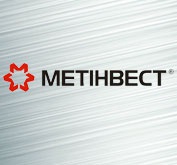 Due to continuing military action, freight transportation via Donetsk Railways in Avdiivka-Yasynuvata (Donetsk oblast) has been interrupted and partially blocked, compromising the supply of raw materials to Ilyich Iron & Steel Works of Mariupol and Azovstal.

Metinvest Holding’s Logistics Directorate is developing alternatives for supplying necessary raw materials to the Mariupol plants. Metinvest is working with Donetsk Railways, Prydniprovskiy Railways and Odesa Railways to use backup routes and reestablish mothballed railway tracks to supply coal to Avdiivka Coke. In addition, coal is planned to be delivered from Yuzhny port to Mariupol port for further transportation to Azovstal for coking production. A batch of blast furnace coke batch is being delivered from Donetsksteel to Ilyich Iron & Steel Works of Mariupol via Mariupol port.

Due to the difficult situation, the plants have to cut operations at some manufacturing facilities. Azovstal reduced BOF steel smelting because of the move to an economical operating mode. Azovstal’s rolling shops, except the heavy plate shop and ball rolling department, were transferred to standby. The limited delivery of coking coal resulted in increased coking time during the coking process, which, in turn, led to reduced production of coke. Ilyich Iron & Steel Works of Mariupol’s blast furnaces were transferred to “slow operational mode.” Reduced production of pig iron resulted in decreased steel manufacturing. Remaining coke inventory is at critical levels at Ilyich Iron & Steel Works of Mariupol (2.5 days) and at Azovstal (2 days).

Yuriy Ryzhenkov, CEO of Metinvest Holding, LLC:
“Military action is endangering the economy of Donbas and all of Ukraine. Steel and mining workers were the first whose work has been endangered. Rinat Akhmetov, SCM’s shareholder, gave us a task to do all everything we could to avoid the suspension of work at the enterprises and the loss of life in Donbas. Today the operation of metallurgical giants is endangered and this means tens of thousands of lives. We appeal to both sides of the conflict: stop firing because the artillery is killing civilians and destroying the future of the region – our future.”