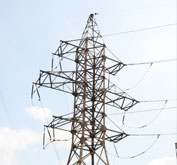 At Ilyich Works turbogenerator No2 of Heat and Power Plant-1 has been stopped for major overhaul. Repair works, which are done every four years, are planned to complete for 30 days. For renewal of the second turbogenerator there will be invested approximately 1,5 million hryvnas.

The major overhaul of the turbogenerator is made mainly by specialists of Chief Power Engineer’s departments of Ilyich Works. It is planned to make turbine’s major overhaul (with its opening), to control cylinder’s metal and steam pipeline within the turbine, to inspect and repair control system, condensate pumps and stop valves.

“The major overhaul of the 12 million-kilowatts turbogenerator No2, which uses superheated steam, will allow to extend its operation life and to improve performance reliability of the energy plant,” Vladimir Pavlenko, Chief Power Engineer of PJSC “Ilyich Iron and Steel Works” emphasized. “Timely execution of major overhauls and qualitative maintenance of the Work’s power equipment make it possible to reduce risks significantly in case of emergency situations.”